Deciding to end a marriage is a difficult decision at the best of times, and almost impossible at other times. But if you have taken the decision to end your marriage, you should know that there may be different options to consider. People typically jump right to divorce when considering bringing their marriage to an end, but this is not the only option.

In Michigan, as with other states of the US, legal separation is an option that spouses who no longer want to live as a married couple can explore. It provides a unique solution to the issue of separation and can be especially beneficial where there are religious, familial, or financial reasons for not wanting to pursue a full divorce.

However, there is often confusion as to how legal separation applies and where it differs from divorce. What exactly does it mean and how is it unique compared to divorce? Our Metro-Detroit family law attorney explains these and more below.

In Michigan, What is a legal separation?

In Michigan, the process of legal separation is referred to as “separate maintenance”. It involves the separation of a married couple who no longer wish to live together, but with effects that are different from a divorce.

Legal separation allows the couple to split from each other legally. This means they can live in different houses, divide marital property, split custody of children, and structure their lives in other ways that let them be emotionally and financially independent. However, both parties will still be regarded as being legally married, only that they do not have to live as a married couple or provide the sexual or financial benefits couples are expected to provide.

The process of legal separation is finalized after a court order that addresses all the issues that the parties will want resolved in a court of law. Once the court makes its order, the parties become legally allowed to live separately. Neither party can go to court afterward and claim that the other has failed to provide a marital benefit.

In the same manner, a couple may obtain a legal separation but still choose to continue living in the same house. They may do this for financial reasons, such as the need to continue managing their living expenses jointly. For whatever reasons they choose to do so, the mere fact that they continue to live together will not take away the fact of their legal separation.

Most couples choose to consider legal separation for religious or financial reasons. In many religions and religious communities, the subject of divorce is a very sensitive issue, and this may make certain couples reluctant to obtain a divorce.

Since legal separation does not result in a final dissolution of the marriage, it provides a unique solution that allows the parties to live apart without dissolving their marriage. Certain couples also consider legal separation for the purpose of advantageous tax filings, to continue enjoying insurance or other benefits, and other financial reasons.

As will already be evident, legal separation is quite different from divorce. While legal separation only ensures that parties can legally live and build their lives apart, divorce brings about a final end to a marriage. For all intents and purposes, divorce dissolves a marriage and the relationship between the spouses.

While divorce will also include court orders as to child custody, child and spousal support, property division, and other similar issues as legal separation, divorce has a finality that legal separation does not.

In addition, spouses that choose to split through legal separation are still regarded as being married under the law. This means they must identify as being married in response to any inquiries they face, and they cannot marry any romantic partners they have while being legally separated. In a divorce, however, the parties become officially single and may identify as such. In addition, they can celebrate a new legal marriage with any romantic partner of their choice after obtaining a divorce.

But if they decide that they would prefer to proceed with dissolution, the parties can approach the court for a final dissolution order.

How does legal separation work?

The process of legal separation starts with filing a court process that kickstarts the entire procedure. Similar to divorce, there are residency requirements that must be satisfied before a person can file for divorce. At least one of the spouses must have lived in Michigan for a minimum of 180 days in a year, and the process must be filed in a county where the spouse has lived for at least 10 days.

The request for legal separation must also state the reason for the separation. However, since Michigan is a no-fault state, there is no need to state the need for separation was caused by the conduct of either party. It is enough to say that separation has been made necessary by irreconcilable differences between the parties or that the marriage is irretrievably broken.

Both parties will present to the court how they want important issues including property division and child custody to be sorted. With the help of an experienced Detroit family law attorney, they can even present an already completed agreement for adoption by the court. If the parties cannot agree on these issues, the court will decide on their behalf.

Finally, the court will enter an order that outlines the rights and responsibilities of both parties and finalizes their legal separation. While most states allow parties that wish to proceed with a final dissolution to simply return and have the separation order converted into a dissolution, Michigan law is different. Here, parties will have to begin the process afresh if they want to finally dissolve their marriage.

While the process may seem simple, it can turn complicated in many different respects. To be certain that you have the best opportunities for a seamless, mutually beneficial conclusion, it is best to work with an experienced Michigan family law attorney.

Reach out to us for help

While legal separation has its benefits, you must carefully consider your options to determine if it is right for you. For bespoke legal advice and representation in legal separation and other family law issues, contact Meeker Law for help. 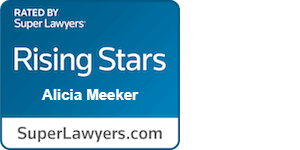